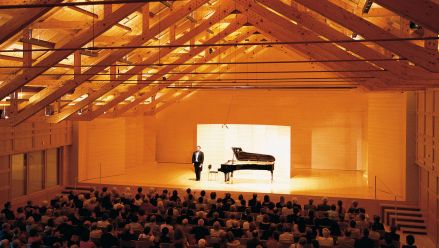 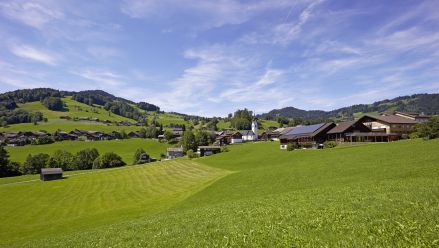 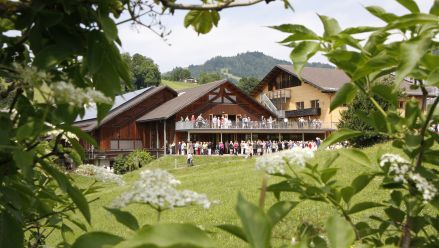 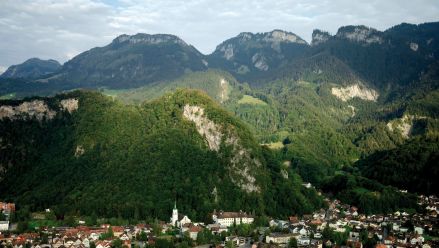 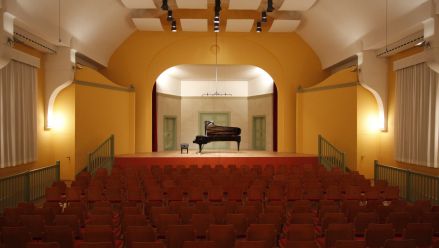 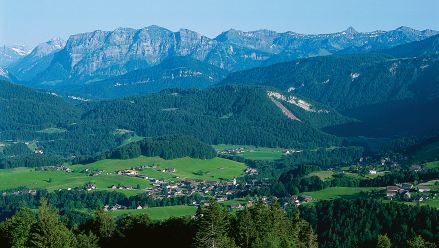 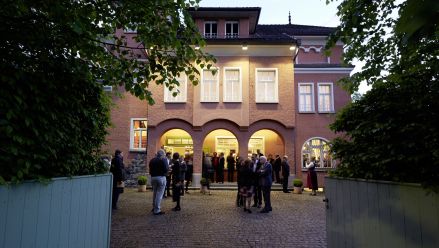 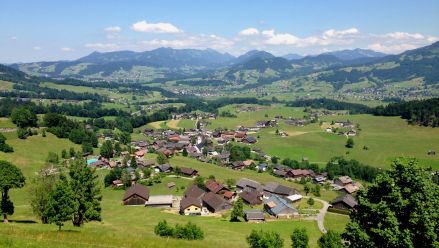 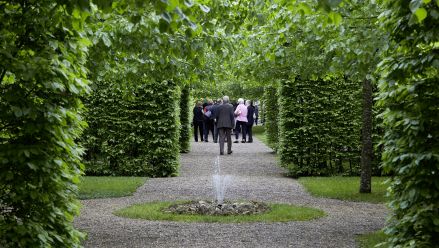 A festival dedicated to Franz Schubert, granting him his due place alongside Mozart and Beethoven – this was the idea behind the Schubertiade, which for the first time took place on the initiative of Hermann Prey in the small Austrian town of Hohenems in 1976. Providing an annual meeting place for music lovers from all over the world who relish exceptional performances in an atmosphere characterized not only by the beauty of Western Austria’s scenery but also by the festival’s personal and sincere spirit, the Schubertiade soon evolved into one of the most renowned podia for chamber music and lieder-singing. Clearly-defined aims and a programme composed in accordance with the termless commitment to Schubert’s work help to shape the festival’s distinctive profile.

Today, the Schubertiade is considered the most important and distinguished Schubert festival in the world, presenting about 80 events and registering an average of 35.000 visitors per annum. No other festival is able to offer so many outstanding song recitals in such a short period of time, while also focussing on top-class chamber concerts and piano recitals. Orchestra concerts, lectures, exhibitions and master classes given by the best singers and instrumentalists of our time add to the programme’s versatility.

Consciously uninvolved in today’s festival hype, the Schubertiade considers it a key aim to maintain its intimacy and focus on first-rate musical renditions. Corresponding to the festival’s objective, the list of artists who have performed at the Schubertiade reads like a »Who’s Who« of the international lieder and chamber music scene. In spite of that, managing director Gerd Nachbauer constantly endeavours to advance the careers of young musicians by introducing them to an equally knowledgeable and supportive audience.

Discovering new venues plays an important role in the Schubertiade’s eventful history, and has taken the festival to various locations in the federal state of Vorarlberg/Austria and around Lake Constance during the last four decades.

When the Schubertiade was faced with the prospect of having to scale down its programme dramatically in the 1991 season due to the renovation of the very first of its venues, Hohenems Palace, the decision was made to entirely move the festival to Feldkirch, a neighbouring town which had already hosted a number of events in previous years. Starting in 1994, the Feldkirch concerts were complemented by »Landpartien«, outings inspired by Franz Schubert’s travels, taking the audience to beautifully situated venues like the Propstei St. Gerold, a provost’s residence in the Walsertal, Achberg Castle, Lindau Island/Germany, and Schwarzenberg, a picturesque village in the Bregenzerwald region.

In 2001, Schwarzenberg became the Schubertiade’s exclusive venue thanks to the extension and thorough renovation of the Angelika Kauffmann Hall. Four years later, the festival returned to Hohenems, its point of origin, with a small number of concerts adding to the Schwarzenberg programme. Again, this decision was closely connected with the availability of a suitable venue, to be found in the form of the Markus Sittikus Hall, a former gymnasium, which the Schubertiade turned into a »dreamlike chamber music venue« (Heinrich Schiff).

The Schubertiade Quarter in Hohenems

The composer Franz Schubert, great Classical music artists and the rich cultural history of Hohenems are the main topics of the Schubertiade’s museums, which are located in six historically significant buildings and comprise 40 rooms (more than 1.000 square meters). A walking tour of the neighbourhood leads past other buildings which played a key role in the Schubertiade’s history: Hohenems Palace was the setting for the first Schubertiade concert on May 8, 1976, and, one year later, the Parish Church St. Karl provided the stage for an appearance of the Vienna Philharmonic Orchestra with Karl Böhm conducting.

At the same time, an exhibition revolving around the world-famous orchestra’s cellist Josef Sulzer (1850-1926) was staged at the villa that today houses the Jewish Museum. In the course of the first Schubertiade’s opening in 1976, a memorial tablet was uncovered by Hermann Prey at the birthplace of Josef Sulzer’s father, Salomon Sulzer (1804-1890). He served as a cantor in Vienna, where he was also acknowledged as a fine lieder singer, and commissioned Schubert with a psalm setting.