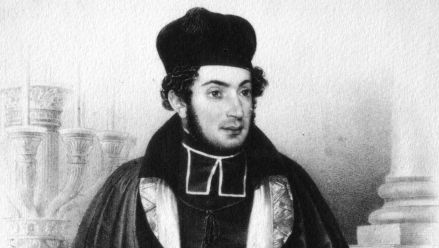 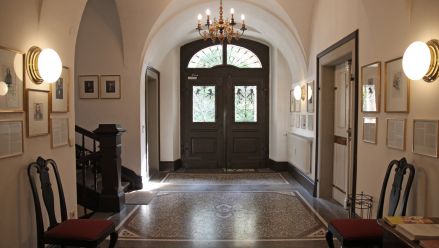 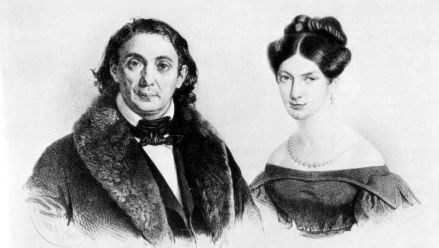 Salomon Sulzer with his wife Fanny (lithograph by E. Kaiser) 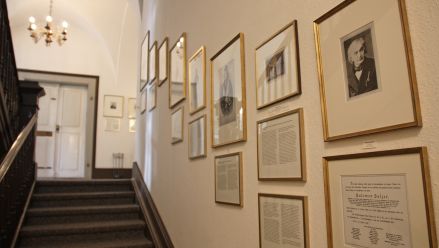 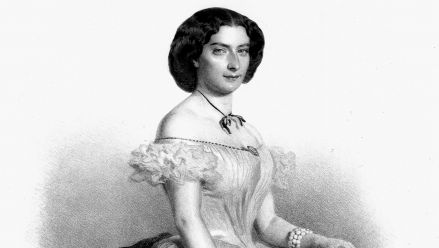 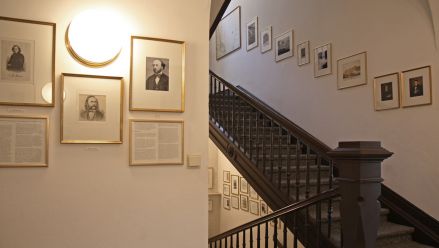 Salomon Sulzer was born in 1804 in close vicinity to Hohenems' synagogue, where he held his first cantor post. Later appointed as principal cantor in Vienna, he not only commissioned Franz Schubert with the composition of the 92nd psalm, but also appeared as a much-admired Schubert singer on special occasions (for example with Franz Liszt at the piano). Sulzer and his family are in the focus of the permanent exhibition in the foyer at Villa Rosenthal, where, in addition, excerpts from the memoirs of Josef Sulzer, Salomon Sulzer's son and solo cellist with the Vienna Philharmonic, are on display.

The Salomon Sulzer Gallery can be visited during the regular opening hours of the Schubertiade office and the Elisabeth Schwarzkopf Museum. The admission is free.