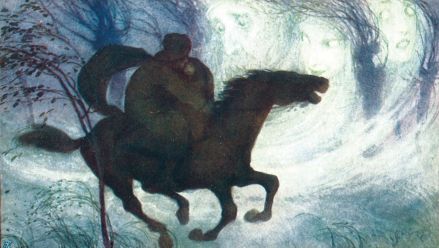 A matinee at Liszt's (color lithograph after J. Kriehuber)

The Schubertiade Museum, which is the contiunation of the Franz Schubert Museum, traces the reception history of Franz Schubert and his work, with a special focus on artists, publishers or teachers who have rendered outstanding services to the composer after his early death, but also, in several respects, on the Schubertiade’s eventful past since the first edition of the festival took place in 1976. The building that houses the Schubertiade Museum is the birthplace of Jakob Kahn, whose son Ely Jacques (1884-1972) became one of the most influential architects in New York City in the 1920's.

The exact opening hours of the museums on concert days in Hohenems and Schwarzenberg will be announced in due course.

We are happy to open the museums on appointment (to be made on the previous work day, at the latest) year-round.

€ 7 (€ 3,50 for pupils, students and apprentices)
Ticket owners are entitled to visit all museums as often as they wish for a whole year after ticket purchase.